Get directions to the venue for CIROBE, Chicago’s historic Navy Pier. Navy Pier is accessible via taxi, public transportation, or car and located along the lakefront in downtown Chicago. Accommodations are plentiful in the nearby North Michigan Avenue area including our nearby hotel room blocks or in the surrounding area.

The closest of Navy Pier’s three entrances to Festival Hall B is Entrance 2, located at the East end of the Pier.

If driving, park in the East Parking Garage. 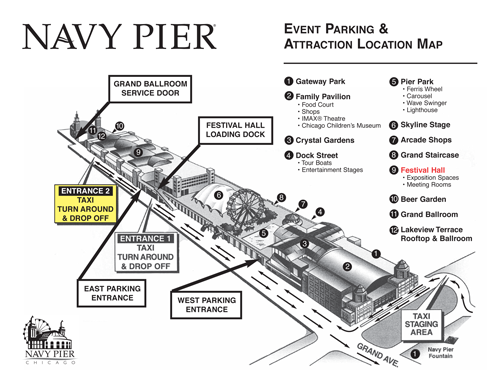